I took a video while driving on Jalan Limbongan until the historical area of Malacca. This road is on the reclaimed land. It was a sea until about ten years ago. Now lots of new shops, hotels, and places tourist attractions are being built.

As you drive you'd see places that have now become a kind of landmarks. Starbucks Limbongan and McDonald are right at the place where I switch on the camera.


Moving further I pass by the area of Kota Laksamana and Shahbundar. You can see Marvelux Hotel and Swan Garden Hotel there. Swan Garden Hotel is now partly occupied by the Bank of China. Popular Chinese restaurant Bei Zhan is also visible as you cross the traffic signal.

As soon as you cross the bridge, you can see tall Holiday Inn hotel and Mahkota Hotel. You can also see the Mahkota Medical Center, where a lot of Indonesian patients come for treatment.

Then starts the Taman Melaka Raya. After crossing the condominium, Malacca Club you can see a big building with the name Hatten Place. Doubletree by Hilton is in the Hattens Place.

Then, as you pass through the Taman Melaka Raya's commercial area, you'd see many bank branches. These include RHB Bank, Hong Leong Bank, and Public Bank. CIMB Bank is also on this road but nearer to its another end. Lots of shops and some wellness and Thai massage centers are located here.

We then drive to the back side of Mahkota Parade to go to its front and as soon as you come out of Plaza Mahkota, you can see the viewing tower known as Menara Taming Sari. You can buy tickets to go up to Menara Taming Sari to have a birds-eye view of Malacca.

You would be crossing through red buildings. There you can see Clock Tower, Queen Victoria Fountain, Stadthuys, Christ Church, and Melaka Zero Mile signage. Famous Jonker Walk is on right from here but we don't drive there today. Further up is the Quayside Hotel and a replica of the ship, Flor de la Mar, which belonged to Portuguese invader Alphonso de Albuquerque.

That's all in this video. We then enter the same road we drove earlier to return back to the point from where we started.

Usually, visitors don't go to some areas in the video. So if you visit Malacca but missed some places, just watch this video. Or if you are planning to visit Malacca, do watch this before you visit. It will help you decide where to go and what to do in Malacca.

Visiting Malacca? Must check out this post about Malacca
at January 07, 2019 No comments:

Suvarnabhumi International Airport in Bangkok serves as a hub for numerous connecting flights. Numerous flights make a stop there, and trans... 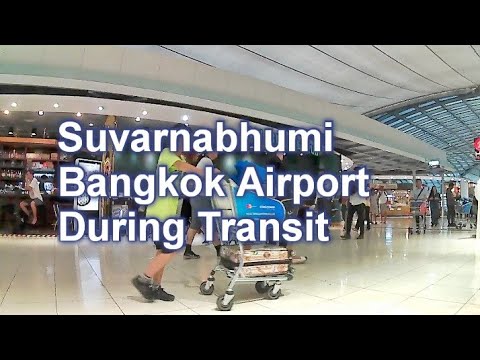